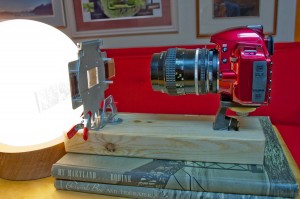 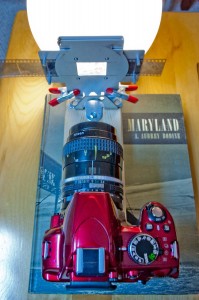 The film is placed in a negative carrier from my old Omega B-22 enlarger. The light source is a frosted glass lamp shade with a compact fluorescent bulb.

The workflow is to shoot at ISO 100 (the D3100’s slowest) in manual mode. The old lens has no electronic connection to the camera, so focus is manual and exposure is by trial and error. A good exposure seems to be f/8 at 1/30 second. The NEF files go into Lightroom 3 which makes a 16 bit TIFF for editing in Photoshop CS3.

In Photoshop the image is rotated to level it, converted to grayscale mode, inverted (negative becomes positive), and levels are adjusted. The histograms typically occupy about half of the potential dynamic range, so the photos are pretty dull. This suggests that I am not capturing all of the dynamic range present in the negatives. With the levels tool, I stretch the histogram to fill the entire range. This is done in two steps, first for the entire image including a black border that I include with each copy, then for just the photo part of the image, or if there is dull gray sky, just the non-sky part is stretched to occupy all or most of the potential dynamic range. Dust removal is manual, because the automatic dust filter in Photoshop mushes the nice grain that I have labored to capture. My goal is to display the entire images without cropping to honor the effort I put into looking through the viewfinder 14,000 times when I was young and healthy and could have been doing more exciting things. 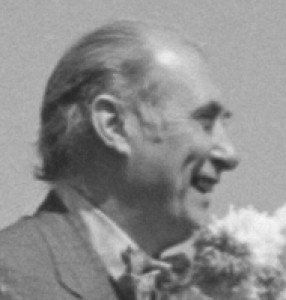 Detail of photo copied with the 6 MP Nikon D40. The pixels become visible at about the same level of zoom that the film grain becomes visible. 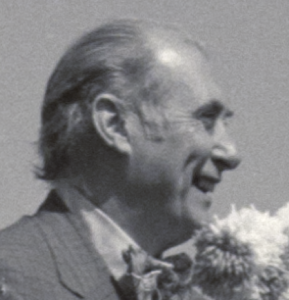 Detail of photo copied with a 14 MP Nikon D3100. The pixels are slightly smaller so more of the original grain structure is visible.

Extreme close-up to show pixel size in image copied by the Nikon D40. 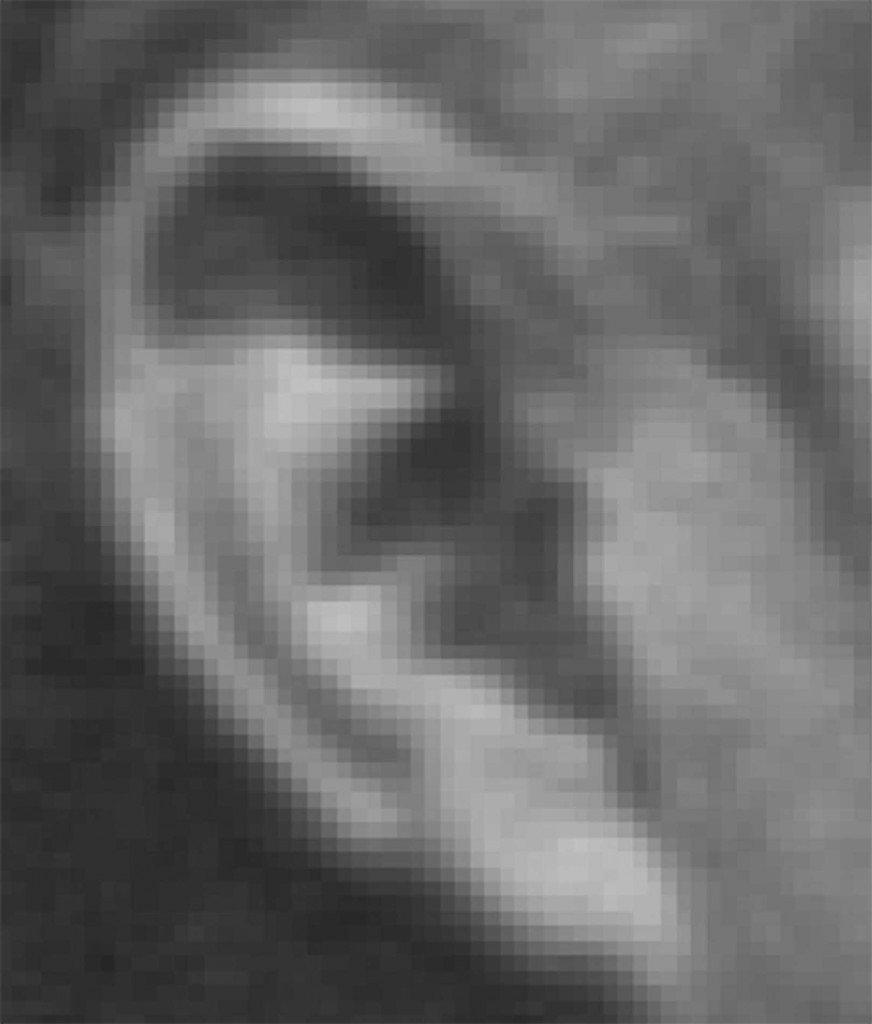 Extreme close-up to show pixel size in image copied by the Nikon D3100.

Here are a few of the photos I have copied. The only rolls of film I have worked with so far were shot at Soldiers Delight in Maryland, and the ones below were taken in the fall of 1973. It has become obvious that 40 years after these photos were taken, the vegetation change that could be documented by repeating these views has some value. I think people who are familiar with Soldiers Delight can help me determine the exact location of these shots. The young Virginia pines would be much larger now if they are still there. I assume most of the pines have been removed in the last 20 years to encourage the grassland and oak savanna communities. Let me know if you recognize these scenes. It would be a great project to repeat these photos. 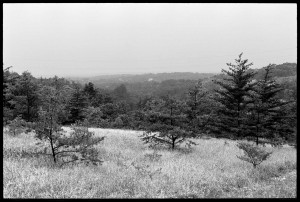 I think this one was taken directly to the north of the overlook/parking. The power lines and house on Wards Chapel Road give it away. Late summer, 1973. 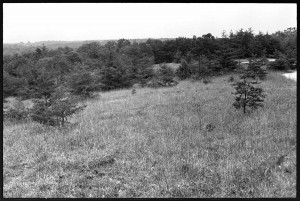 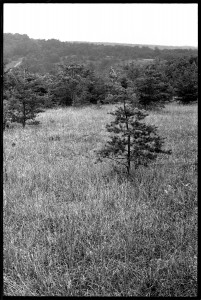