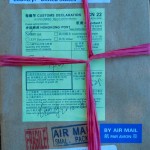 Twice this year I walked around for more than an hour flying a kite-lofted camera that I thought was taking photos, when in fact it was just fooling me into getting exercise. On the first occasion the shutter controller battery died, and the other time the camera just got confused and stopped shooting. I think I sent radio commands to shoot too frequently and it decided to take a nap. This happened another time as well but I happened to reel everything down after only 20 minutes of not taking photos while I was jogging here and there. I have modified the controller so the battery lasts much longer, and I have learned to be patient when sending radio commands, but I am certain that the rather fragile KAP rig electronics will surprise me again with their unexpected inactivity. So I have been looking for a way to monitor the camera operation from the ground. I have been brainstorming with some friends about how to do this, and Don Blair, a physics graduate student at UMass has been prototyping an alert system based on a $20 pair of walkie-talkies. I couldn’t stand hearing about all the fun he was having in Amherst using MOSFETs to remotely push the walkie-talkie PTT button, so I decided to build my own solution. 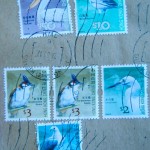 My approach is also the solution to a completely different problem. When my camera is taking photos while hanging on a kite line, I have no way of knowing exactly what it is taking photos of. Many KAPers have devised video downlinks so they get a view either from the main camera or a separate video camera. This is especially useful for framing shots of buildings that should not be cropped halfway up the ornate steeple, for example. But it can also let you know whether the camera has stopped working for whatever reason. Anyway, I was completely out of things to solder, and WOW, there are a lot of web sites selling things to solder.

I followed lots of links, especially on the Berkeley KAP forum, and found some video components which others had apparently gotten to work. It wasn’t completely clear how well they worked, or how hard it was to get them to work, or whether I could buy exactly the same components, or even if the FCC approved their use. But that is the nature of an internet forum, where if you ask a question that is already answered somewhere in the 6500 posts, you will be reprimanded for not spending a month searching for and reading every post, in dozens of unrelated threads, that might include a partial answer to your question. The last time I asked a question I was invited to start a private conversation by someone who could give me an answer. This would have scared me, except that the person was the guy who had designed and built the product I was asking about. Unfortunately, English was not his first language and the relationship between my questions and his responses was more comical than helpful. With the conversation in private no one else could offer any help, so I spent another couple of weeks with Google and eventually figured out what to do. 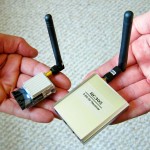 Transmitter (left, 34 g with antenna, rides on KAP rig) and receiver (gets strapped to my wrist with a monitor).

This time I didn’t ask, I was just browsing. In the process I learned that if you keep open a browser tab for a product at HobbyKing, after a few days they will pop up a window with a discount price for that item. It warns that you only get the offer once, so I just kept the tab open until I could make up my mind. Then Chrome crashed and I lost my once in a lifetime offer. A few days later I decided to buy the item and had to pay full price. A few weeks after that I opened that page again to check out the specs and soon got the offer again. At least now I know the secret to get two once-in-a-lifetime offers.

So I paid $65 for a radio transmitter and receiver that were designed for sending video down from RC aircraft. I paid $74 for a little LCD monitor with a wrist strap so I can look at it while flying a kite with one hand and operating an RC transmitter with the other. I thought I was buying this wrist strap monitor which has its ports in different places, but a month of researching was not enough for me to figure it all out and I ordered the wrong thing. I had instructions for wiring the cables for the other monitor, so I will be using the multimeter more than I had planned. (The preceding two links are ebay auctions which will get broken when they end.) 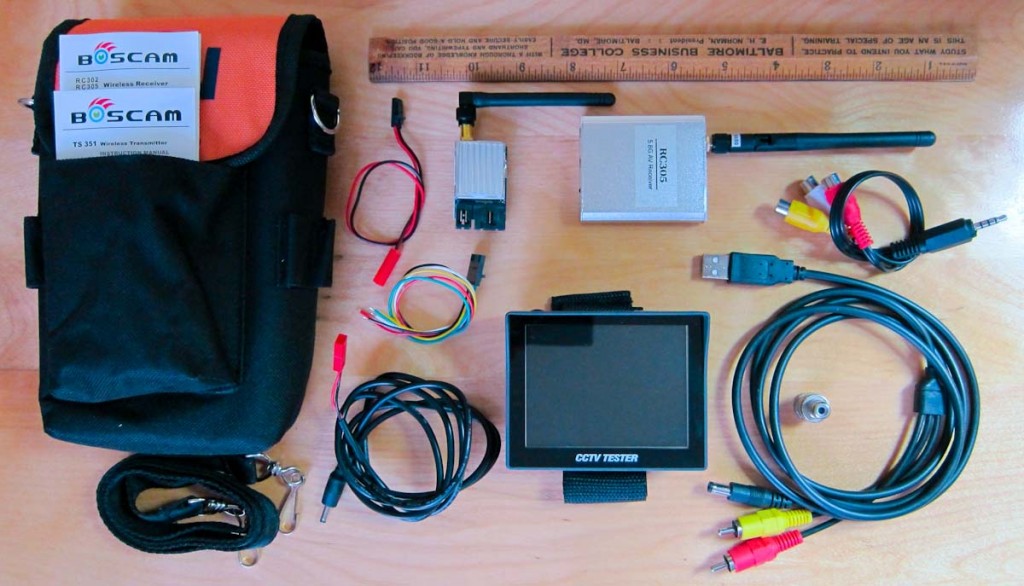 The best part of buying stuff like this is that it ships from Hong Kong (shipping is included in the above prices). It took 10 to 14 days for them to arrive, and it was like receiving an exotic gift. The boxes were wrapped in brown paper with a red jute ribbon tied around them. Each had a mysterious customs declarations and other hand-applied stickers, plus several hand-inked stamps, and one had beautiful wild-bird customs stamps. I still don’t know whether the enclosed gadgets are even going to work, but somehow the attention to detail in their mail room gives me great confidence. 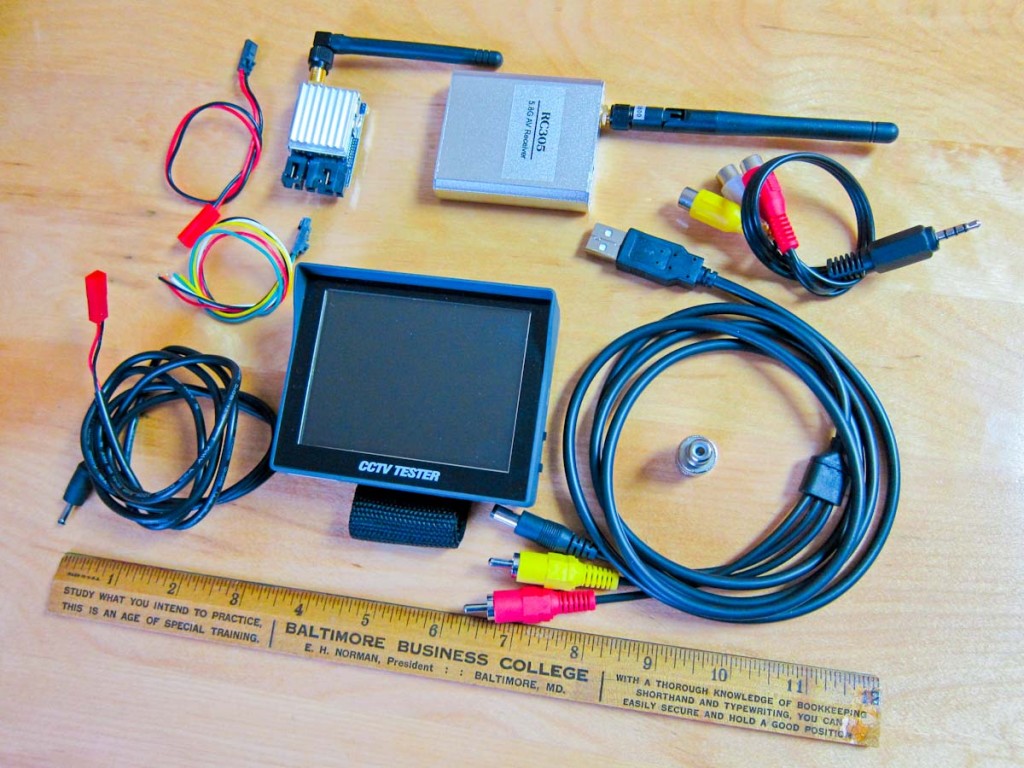 Everything looks larger than it really is, except the ruler which looks small, maybe because it's 70 years old. My mother acquired it along with a degree during WWII.

Lots of cables come with these components, but one is bare wire on one end, and none of the others can be used because they are too long and/or don’t have the right connectors for my needs. The wrist strap monitor has a built-in battery and can supply power to the receiver if I build the correct cable that splits the audio/video and power leads from a single USB port. The transmitter will need its own 9 volt battery cabled with a unique adapter. And the connection from the camera to the transmitter will require three homemade cables because new and old Powershots have different A/V out ports, and the new ones are proprietary and combine A/V out with USB signals which must be split. More on that some other day, but to keep you on edge, I have already made one of these cables and needed a Dremel tool as well as a soldering iron. There is a lot of excitement in store.