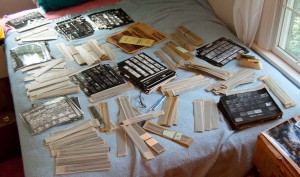 In the 1970s I exposed about 400 rolls of black and white film. Most of these were 36 exposure rolls of 35 mm Kodak Plus-X which I bulk loaded and developed at home. I made an 8 x 10 inch contact print of each roll, and put an accession number on the contact sheet and the glassine envelope with the negative strips. I still have all 14,000 of these negatives and contact prints. If you think that preserving this collection suggests that I am farsighted, consider that I never put a single date on any of this material. It never occurred to me that I would not remember where and when I took each photo. 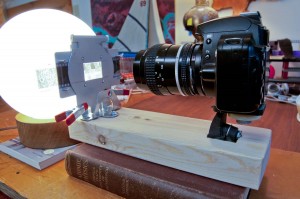 Old DSLR, and much older lens, tripod head, negative holder, and negative (and even older book).

Today, the proportion of these photos which summons absolutely no memory of location, time, or purpose is shockingly large. Browsing them is like a trip through my twenties, a time during which I was apparently not paying much attention to what I was doing.

I have not printed any of these photos for 35 years, or digitized any, and had no plans to. 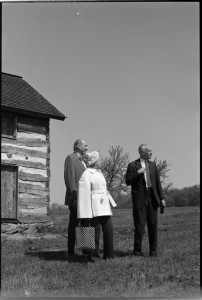 Full frame of a 1975 negative of Bill Fastie, Florence Rogers, and Jimmy Poultney at Soldiers Delight.

But this summer I was asked to help with the development of a new website for Soldiers Delight Conservation, Inc, an organization started with my parents’ help in 1965 to encourage the conservation of a serpentine barren natural area in Baltimore County, MD. Websites are powerful tools for telling stories with photographs, but I am now 450 miles from Soldiers Delight, so taking photos there is not going to happen. I recalled that I had taken some photos there at least once in the 1970s, so I started to dig through the deepest recesses of my knee wall closets. It took a few days to find and browse through 400 contact sheets, learn that 10 different rolls of film included photos of Soldiers Delight, and finally, in the last place I looked, find all the negatives.

Crop of photo above from negative scanned on a flat bed scanner. Dynamic range is compressed, and details are lost in highlights and shadows, even after adjusting levels in Photoshop. 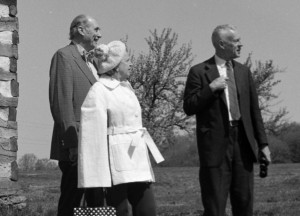 Crop of photo above from negative photographed with D40. Dynamic range is better, and highlights and shadows are not clipped as much.

Some of the photos looked like they might be of interest to today’s Soldiers Delight enthusiasts. It was not possible to tell how good the images were without enlarging or digitizing them, so I took a few negatives to the student media lab at Middlebury College. Their nice slide scanner does not have a film attachment (or drivers for current operating systems), so I was instructed to use the flatbed scanner. The results were acceptable, if you had absolutely no idea what a good black and white photograph should look like. So I started shopping for modern, consumer film scanners, but there was no way to learn how good they were without trying one. On a whim, I took a photo of one of the negatives in front of a lamp, and the result was much better than the scanned image.

So I dove back into a knee wall closet, found the negative holder from my old enlarger and an old tripod head (both just as old as the negatives). Last night I attached these pieces to a two-by-four, and I am now in the negative copying business. But my best camera is a 6 megapixel Nikon D40. I have a good close-up lens and extension tube, but the resolution of the sensor is just about as good as the old negatives. So as you zoom in on an image, the grain of the film is resolved at about the same time the individual pixels appear. I’m guessing that I should have at least twice the resolution to do justice to the old images.

So I started shopping for a 14 megapixel Nikon D3100. There are several on eBay for about $300 — about the cost of a low end film scanner.  Based on the poor performance of the flatbed scanner, I don’t have much confidence in a $300 film scanner, and they can take a few minutes to scan each negative. One more tough decision, and one more thing to throw money at. The D40 was my first DSLR and its 6 megapixels have served well for five years. What does it say about digital photography when 6 megapixels is inadequate only when compared to 40 year old film? 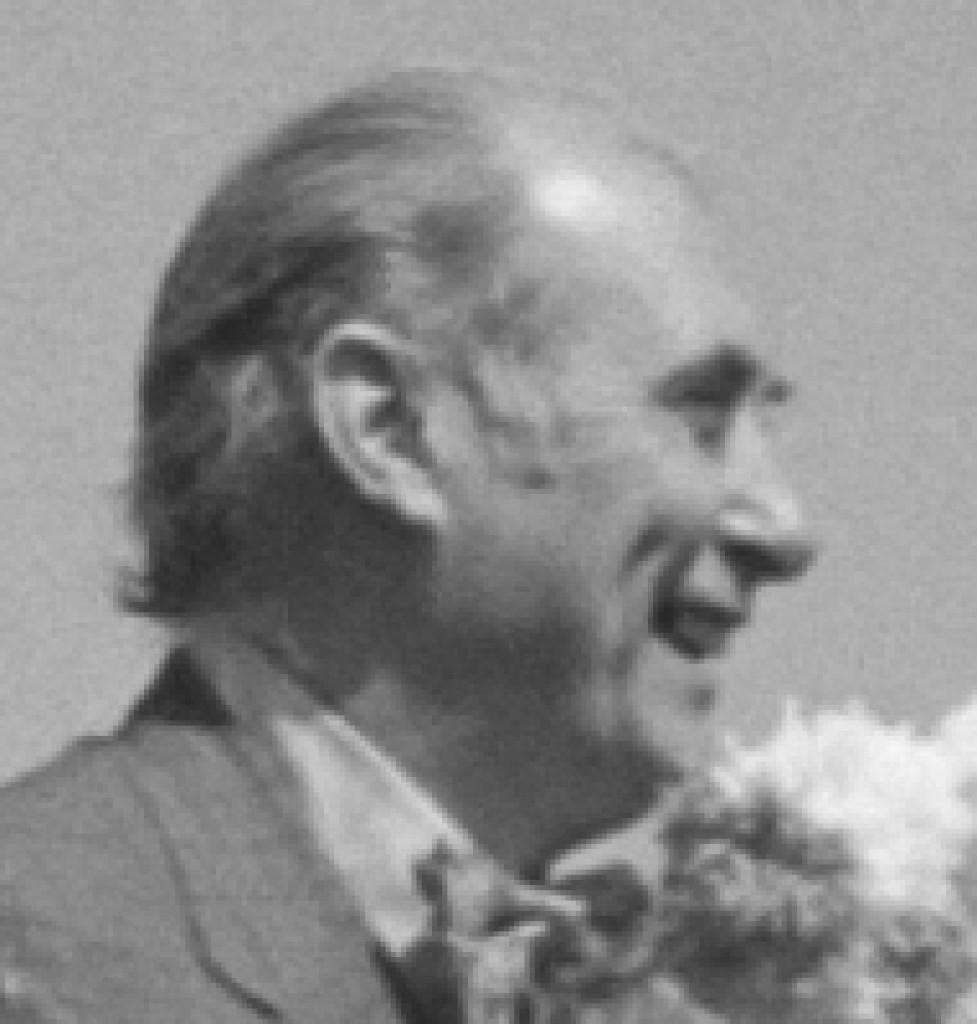 Close up of photo showing pixelaton. The film grain becomes visible at about the same level of zoom as the pixels.