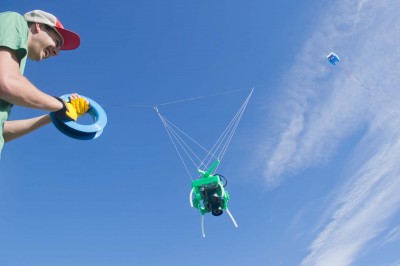 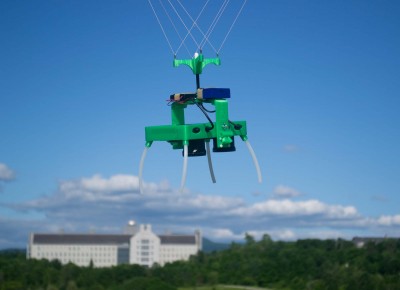 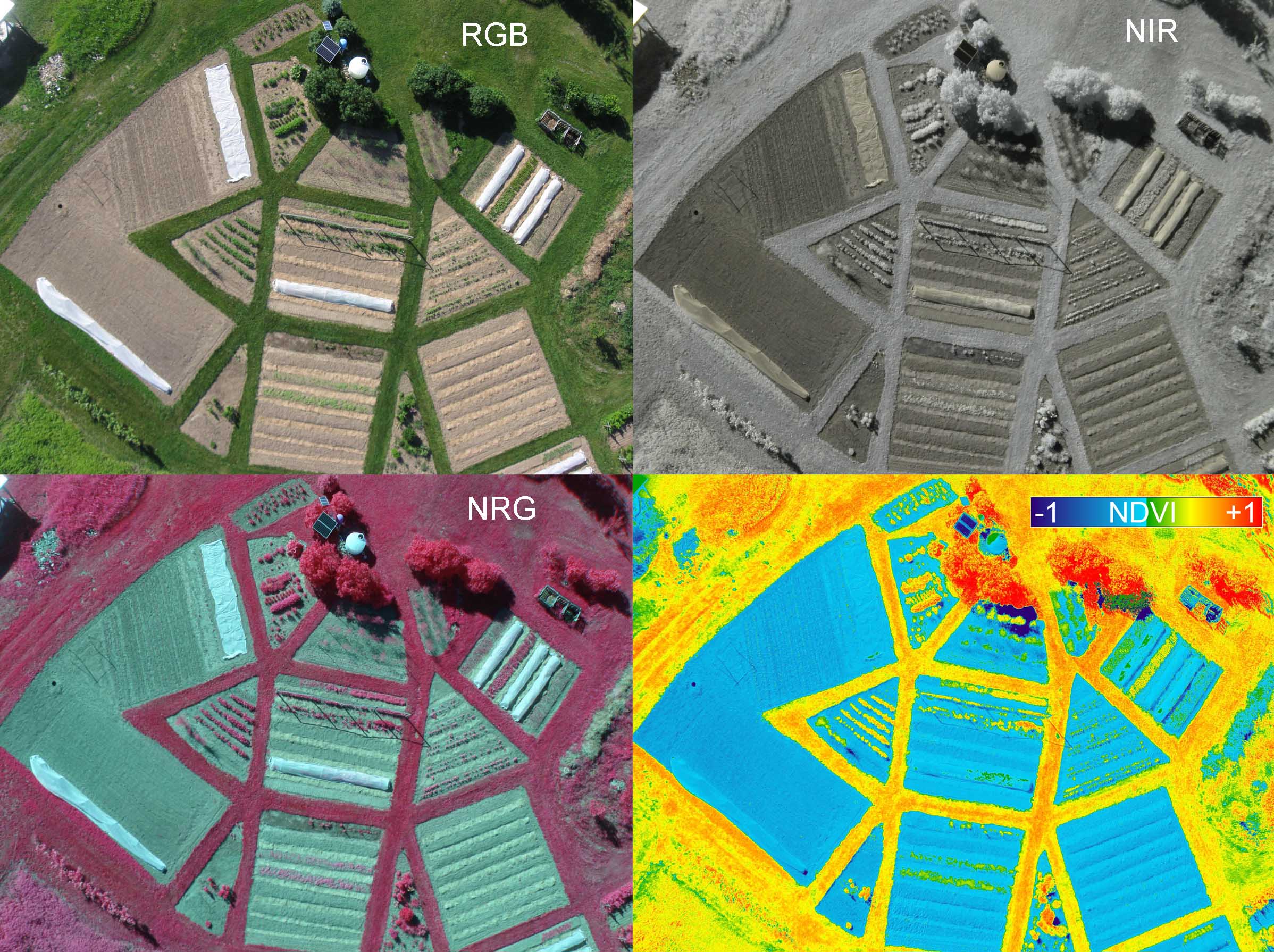 One of the higher altitude photo pairs from the flight and the NRG and NDVI images made from the pair.

As usual, it took me an hour to remember how to use Ned’s Fiji plugin to make a text file list of the photo pairs. I had to resort to reading the manual again. But the plugin processed 428 pairs in a couple of hours (I’m not sure how long it took because I went to bed and the log file does not include time stamps). Some pairs were skipped at the beginning of the job because the plugin could not align the pair of photos, but after it matched one pair, it used the previous alignment for subsequent pairs. It seemed to do that a lot for this batch, but most of the NRG images look sharp, so the alignment is good. 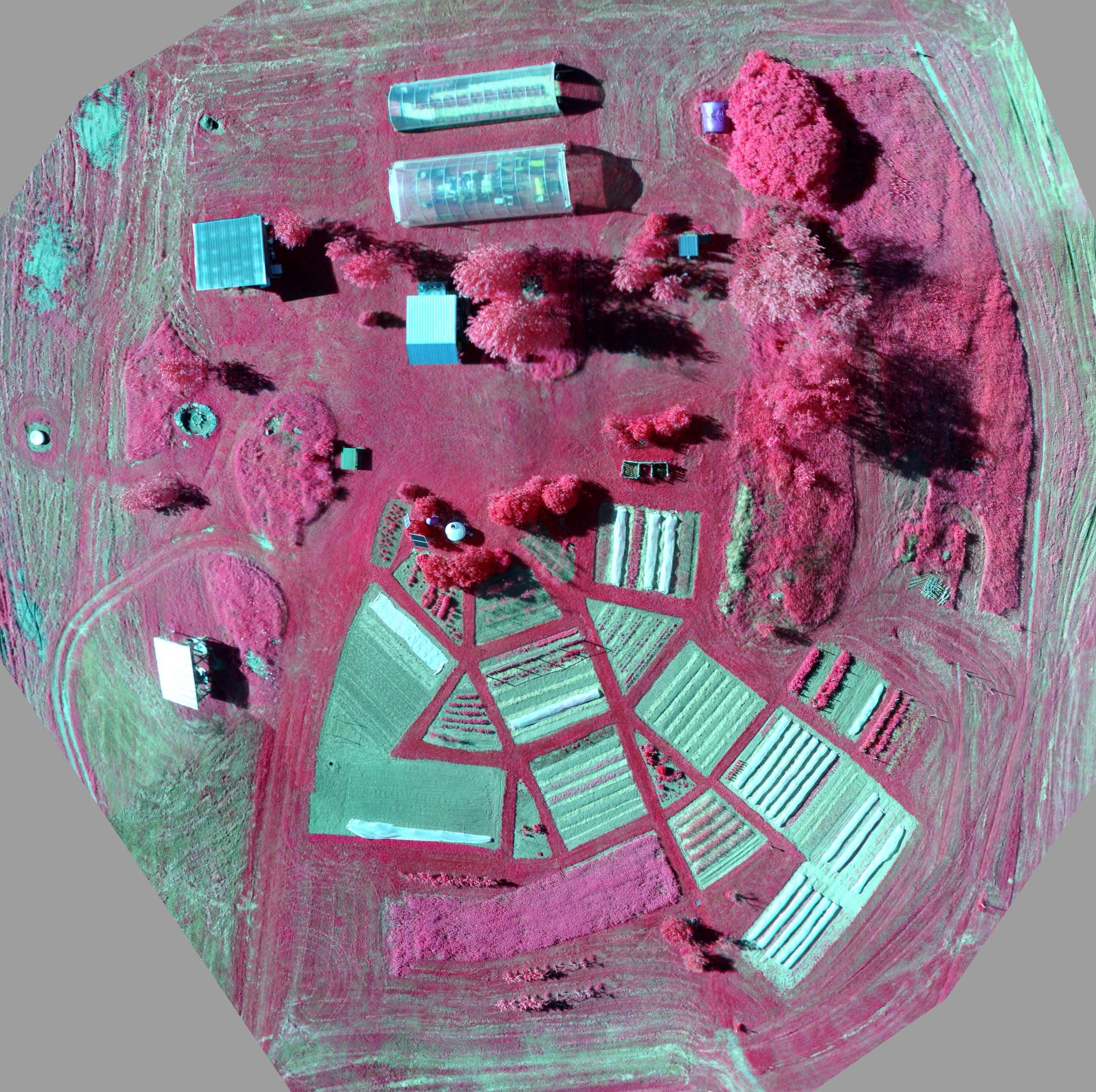 Parts of 20 or so lower altitude false color IR images stitched together in Microsoft ICE.

I gave Microsoft ICE 47 lower elevation NRG images, but it only stitched 25 or so successfully. I then gave it some that it had failed to include in that stitch plus some others and it stitched 11 of the 20. There is a lot of overlap among images in both mosaics. I patched those two mosaics together in Photoshop. There is no ground control, so don’t try to navigate with this image. The full version of this image is about 50 megapixels (7k x 7k pixels), and the one above is resampled to 6.2 MP (2.5k x 2.5k pixels). I will see how the stitching of the RGB and NDVI goes and maybe put the full resolution versions at gigapan and post a note at Public Lab [here it is].