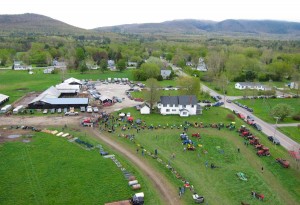 The auction is underway at 10:30 Saturday morning. In the background, East Middlebury has already been enveloped by the spring foliage. 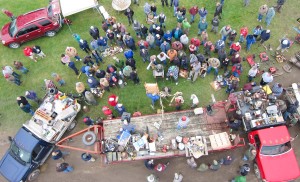 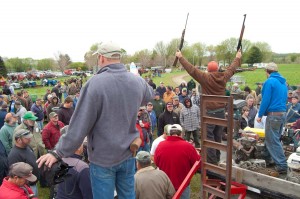 Two BB guns up for bid. And burgers for sale so it's better than ebay. 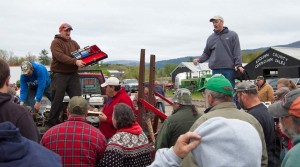 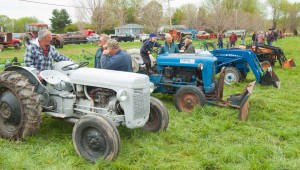 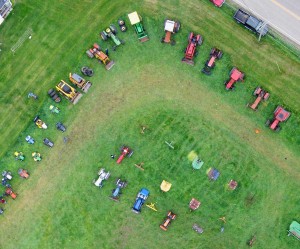 Tractor Bend. Some had their engines running all morning to demonstrate their fitness.

Tech notes: A perfect 10-15 mph north wind kept the 9′ Levitation Delta kite aloft for an hour while the Canon Powershot S95 took 450 photos. The camera was held on a KAP rig with pan and tilt motors controlled by radio. Radio also controlled the shutter, although I took all the photos without knowing what the camera was capturing. ISO was 200 and shutter speed was 1/640 second. The camera chose the aperture which was always between f2.5 and f4.0. Focus was locked on infinity, and the focal length was at its widest (35mm eq.). Most of the photos I took were vertical shots which could be stitched together into a “map” of the area. A few of the photos above were taken with camera that was not hanging from a kite line.

Below is an orthophoto mosaic of 16 photos aligned in MapKnitter.