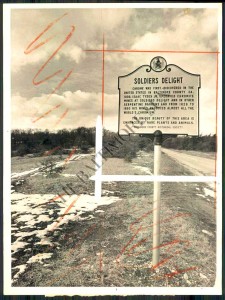 The Soldiers Delight historical marker in 1969.

The Maryland Historical Society installed the Soldiers Delight historical marker in 1968. It looks brand new in the 1969 photo from The Baltimore Sun archives, and it appears to be on the west side of Deer Park Road near the overlook. I photographed the marker in 1973 when it appears to be on the opposite side of the road. It also appears to have been repaired after being broken off the post. I found a recent photo from August 2009 showing a completely new sign now back on the west side of the road next to the overlook parking. The wording of the sign has not changed, only the number of paragraphs and the number of spelling errors. 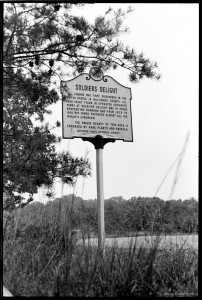 The marker in 1973, on the opposite side of the road, and after repairs. 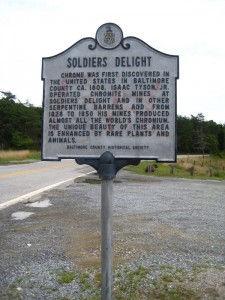 The historical marker in 2009. This is a replacement for the original.

I found the Baltimore Sun photo on eBay. As revenues fade, The Sun and other Tribune papers (e.g., Chicago Tribune, Los Angeles Times, Orlando Sentinel, Sun-Sentinel, Hartford Courant) are selling off their photo archives. They are not getting rid of the images, just the old prints. The Masterpiece Marketing Group scans the old prints, gives copies to the newspaper, and puts the prints on eBay. The eBay items are poorly indexed, so it is hard to find what is available. But Soldiers Delight Conservation Incorporated (or its precursor) did a lot of PR in the 1960s, and many stories ran in The Sun. Many of these had new photos which featured my parents, the Worthleys, Ed Hibline, Florence Rogers, and maybe other recognizable people. These photos were all indexed under “Soldiers Delight” and not much else. So if you search eBay for Soldiers Delight, you might find some interesting photos (I imagine that when Jeff Bezos starts to sell off the Washington Post archives, the photos will be tagged better for searching, and of course they won’t be on eBay).

There were new ones available today, so they must be adding them these days. But you won’t find as many as I did yesterday, because some impulse purchases were made. I am suspicious that my purchases of Soldiers Delight photos yesterday prompted them to list more related photos today. Repeating these photos some 50 years later could be quite informative, but $14.99 apiece started to add up. 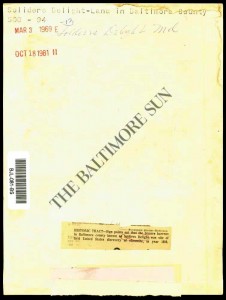 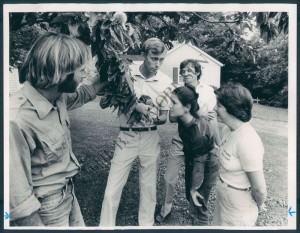 With strategic searching, some worthwhile photos can be found. Bill Hilgartner and I are pretending to lead a tree walk at Irvine Natural Science Center in 1981. I didn’t buy this print, because I knew the purchase would not make it possible for me to fit into those pants, and I can live with the watermark over Doug Nizer’s face.