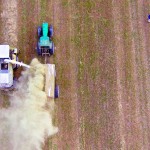 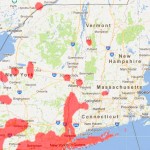 I was excited at the prospect of finding black walnut, but it is not common in Addison County, the only pink blob in Vermont on its range map.

I was there before lunchtime, but the predicted 15 mph winds were not, so I checked out the three huge shagbark hickory trees in the hayfield south of the cemetery. Jackie Devoid told me she collected nuts from these trees as a kid and was tasked with extracting the meats, although she doesn’t remember what her mother did with them. They knew these trees as black walnuts, but those are a lot less common in Addison County than shagbark hickories. I was a little disappointed not to find walnut trees, but the huge strips of loose bark on the old hickories must make great roosting sites for bats. When I got back to the kite at noon, I started to pack up to go home just as a breeze materialized. I was able to get the Fled in the air just as the crew arrived to chop hay. 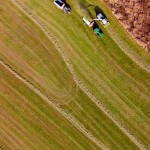 I flew my minimal rig with a Canon S95 pointed straight down under a Picavet suspension. Once the Fled was high enough there was enough wind to lift a heavier rig, but I had to maneuver around lots of big trees so it was nice to have a more nimble setup. It got high enough to capture the entire cemetery in one shot, but I also brought it down and got several shots over different parts of the cemetery so I would have maximum detail. I used only the center part of these images so the final orthophoto has less distortion, and most of the headstones are viewed from directly overhead. The photos were aligned over the Google Maps image of the area and blended together in Photoshop. The image below is functionally a map — it’s scale and compass directions are known.

The next step is to add a layer over this image with an icon for each grave stone and a code linking to Fletcher’s roster. Fletcher’s roster of the headstones includes row and column data, but I am not sure how he designated rows and columns in this irregular layout. I will have to see if his original maps are available. Below is the current orthophoto embedded from gigapan. Click here to see it full screen where you can zoom in and explore more easily.
.

.
Below is an image stitched from nine photos of the larger area north and east of the cemetery. This has about 15% of the resolution of the gigapan version above. 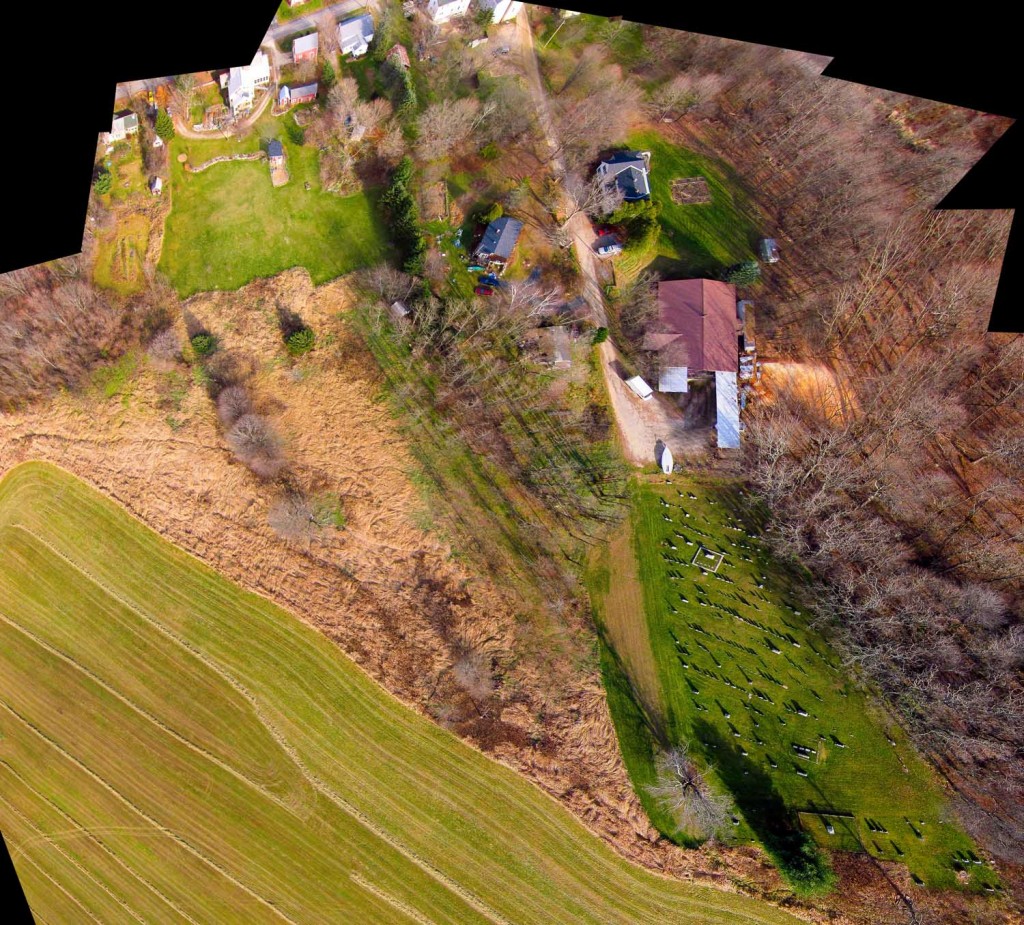 The context of the village cemetery at the southwestern edge of the Salisbury village.